Economic Value and Impact of Local Food in Montana

You are here: Home1 / Economic Value and Impact of Local Food in Montana

The Grow Montana Food Policy Coalition has released a new report showing locally grown and sold foods make a big impact to Montana communities. The report, “Economic Value and Impact of Local Food in Montana,” was completed by Highland Economics on behalf of the coalition.

It shows locally grown Montana foods contribute $158 million to the state’s economy. The report evaluates the economic value of “local food,” food produced and consumed in the state of Montana without leaving the state for finishing and processing elsewhere. The full report can be downloaded HERE.

“The study delivers a comprehensive look at the Montana food value chain,” says Jan Tusick, Director at Mission Mountain Food Enterprise Center, in Ronan MT and member of Grow Montana’s steering committee. “The study will be a critical tool as we continue to build local food economies and the economic benefit to our Montana communities.”

Highland Economics began research in January of 2021, and interviewed local food consumers, producers, and intermediaries (processors and institutional buyers such as schools and hospitals) to understand the current climate of local food purchasin

g in the state. An extensive literature review on local foods in Montana and nationwide was also conducted. 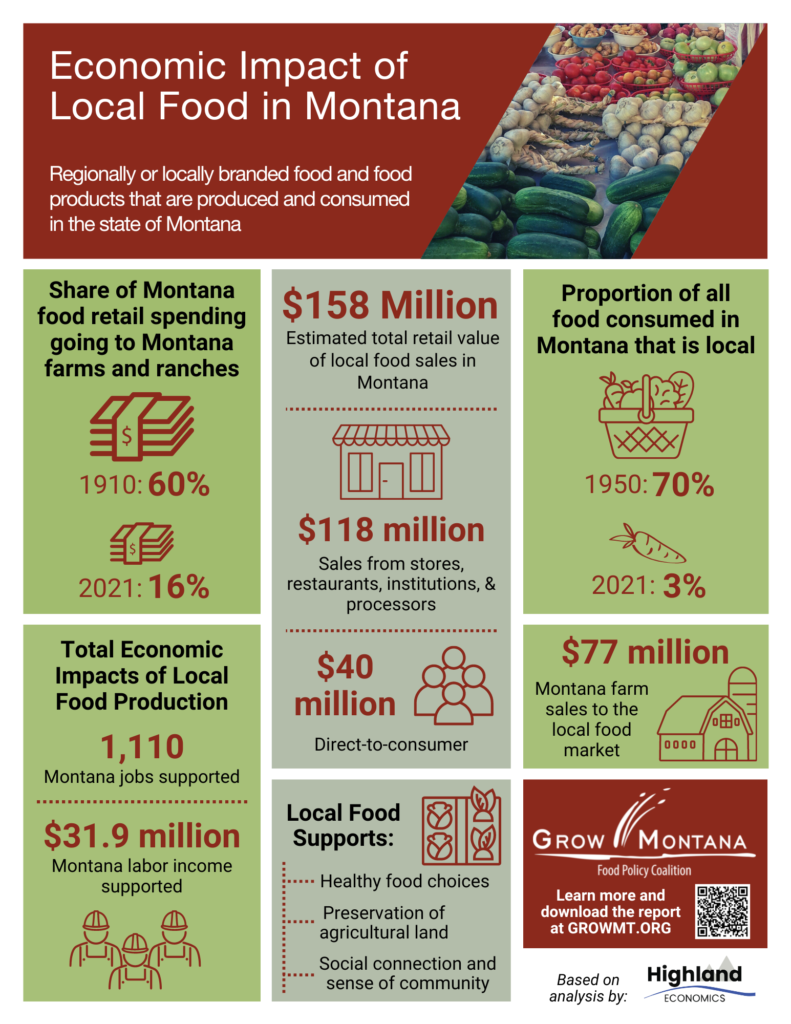